A Critical Doer Generates Motion From “Why” More Than “What”

“A Knight’s Tale” starring the late Heath Ledger is not a new movie, but it’s one of my all-time favorites and as I watched it on TV this past weekend, I realized it was a great critical doer story. 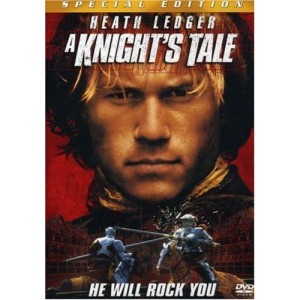 If you haven’t seen the movie, it’s the story of an English peasant boy named William who squires for an aging jousting champion.  When the champion dies in the middle of a tournament, William dons the armor and competes in his place despite the law that competitors…knights…must be of noble birth.  William continues the ruse as a knight as he is fueled by the question his father left him as a child…can a man change his stars?

Although this question comes from a very entertaining movie, it’s a very relevant question whose answer makes the connection between thinking and doing.  William sees an alternative future for himself, but his current circumstances make that future impossible.  He envisions himself becoming a knight…but one can only become a knight as the son of nobility.

Most would focus on the challenges of the environment and accept the current condition.  But along comes a critical doer attitude in a peasant that stays clearly focused on the objective and figures out how to change the circumstances so the alternative future becomes possible…William changed his stars…and won our hearts as he ultimately succeeded.

Let’s look at the critical doer philosophy that made it happen.  He started by making the problem bigger to figure out what to do.  William elevated his thinking to define knighthood as a condition of the heart rather than a condition of lineage.  After figuring out what to do, he made the problem smaller to figure out how to do it.  He learned tournament skills (sword, jousting) as the avenue to creating stature and wealth which surrounded the true quality of knighthood that existed in his heart.

Life is a stage and all that happens in it is instructive.  From this poignant comedy we learn that applying critical doer philosophy can truly help you change your stars.  It doesn’t come without risk and challenge…nothing special ever does…but the world of possibilities expands if you make the objective your focus and don’t confuse them with challenges of the environment.

Your challenge is to reflect upon a goal you may have, but the elements of the current environment make that goal appear out of reach.  Believe that you can change your stars, make the problem bigger to figure out what to do, then make the problem smaller to figure out how to do it, and for heaven’s sake go do!  The decision to move out boldly and make your own future is yours and yours alone…get started and change your own stars.  It’s what a critical doer would…do!